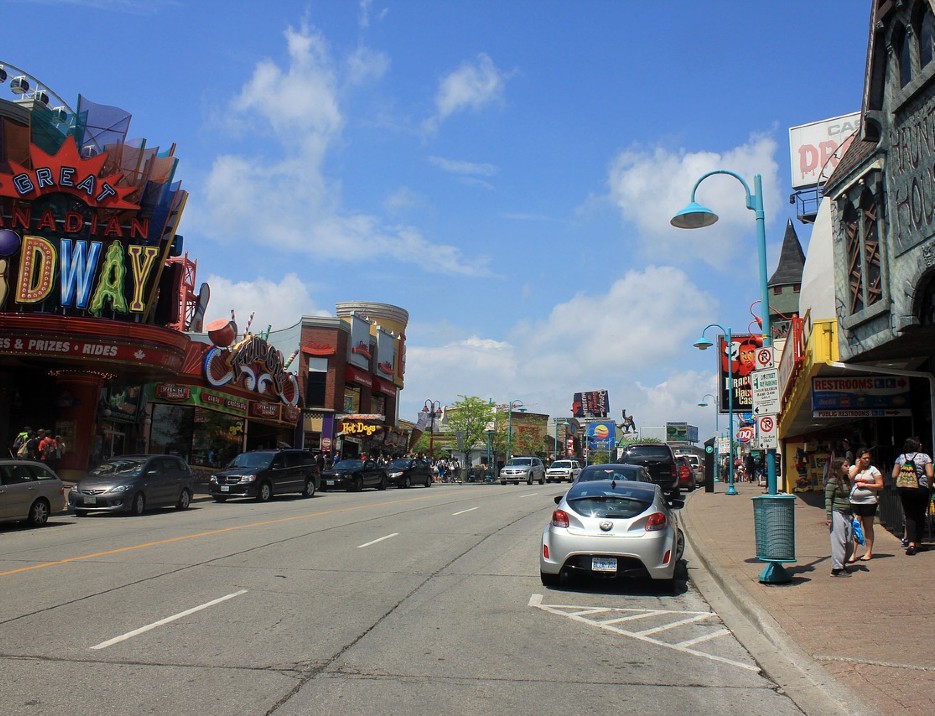 Residents of Niagara Falls, Ontario have reduced their payments by up to 50% by contacting Debt.ca for help.

Unfortunately, the picture is not all roses for the residents of Niagara Falls as they currently have the highest unemployment rate (8.8%) in all of Canada. If you live in Niagara Falls and cannot pay your bills on time or are seeing your overall debt levels increase month after month, then credit counselling may be the answer you are looking for. A quality Niagara Falls credit counselling program can help you get out from under your debt and shore up your financial future at the same time.

WOULD A DMP WORK FOR RESIDENTS OF NIAGARA FALLS, ON?

Residents of Niagara Falls often confuse debt management plans with credit consolidation, because they have some similarities. For instance, both programs entail converting several debts into one monthly payment for ease of tracking. However, you still owe the original creditors when you enroll in a debt management plan (DMP). Conversely, you only owe one entity when you participate in a debt consolidation loan. If you’re considering a DMP in Niagara Falls, Ontario you must have a steady source of income.

While DMPs serve those with more than $10,000 of debt, homeowners may have to cash out equity instead. Likewise, individuals who have funds in their RRSP may have to use those funds to pay off the debt in lieu of enrolling in a debt management plan. Speak to a counsellor in Niagara Falls, Ontario to determine if a DMP is the right option for you.

As a citizen living in Niagara Falls, Ontario it’s not uncommon to fall on hard times. If you’re experiencing difficulty keeping up with your financial obligations, debt consolidation may be your best option to get back on track. As such, consolidating your unsecured debts can make managing your payments easier. For example, multiple credit card debts and other liabilities combine into a single monthly payment. This makes it easier to prepare for and remember when just one due date is approaching every month. In addition, that single payment can be more manageable, with a lower interest rate than the existing rates on your different debts.

While there are different ways to consolidate your debt, the most common way is through procuring a loan. However, your ability to qualify for a consolidation loan depends on your current credit score. Learn more about the debt consolidation process in Niagara Falls, Ontario here.

OPTIONS FOR A CONSUMER PROPOSAL IN NIAGARA FALLS, ON

To file a consumer proposal, Niagara Falls residents must go through a Licensed Insolvency Trustee in the area. Consumer proposals allow their participants to pay back less than what they owe to their creditors. Despite how good that sounds, it comes with some drawbacks and should be a last resort, much like bankruptcy.

To qualify for a consumer proposal in Niagara Falls, Ontario individuals must not owe more than $250,000. Likewise, a married couple filing jointly cannot have more than $500,000 in debt.

Paying less than what you owe at a lower interest rate comes with some heavy consequences. For one, your credit score drops to the absolute lowest it can go. In addition, the consumer proposal will remain on your credit report up to three years after you complete the five-year program. This can make acquiring credit or buying a home or auto more difficult. Speak to a member of our team who understands the laws regarding consumer proposals in Niagara Falls today.

HOW BANKRUPTCY WORKS IN NIAGARA FALLS

Many people living in Niagara Falls can find it difficult to keep up with the cost of living. If your debts have been piling up to an unmanageable amount, declaring bankruptcy might be the solution to your money troubles. However, one must never take bankruptcy lightly, as it is only a last resort. Speaking to a Licensed Insolvency Trustee can shed some light on your options and inform your next steps in finding a fitting solution.

Remember, declaring bankruptcy gets most of your debts forgiven, however you forfeit most of your valuable assets in return. In addition, you will no longer experience wage garnishments. Conversely, you may not be able to obtain credit for seven years, and there is a limit on how much you can earn during bankruptcy. If you’re thinking about filing for bankruptcy in Niagara Falls, Ontario call us to speak with a professional who can help.

In 2021, 122 Niagara Falls residents reached out to debt.ca to finally tackle their debt problems. They were struggling with an average debt load of $16,682 but now have the help they need to get their finances, and their life, back on track.

DATA FROM 2020 IN NIAGARA FALLS, ONTARIO

WHAT IS UNIQUE ABOUT NIAGARA FALLS?

Niagara Falls has been around for centuries. The actual falls themselves were formed during the last ice age, close to 18,000 years ago.
Niagara Falls has long been part of Iroquois territory. European settlers first arrived in the area in the 17th century. The French were the first Europeans to the area, with the British to follow.
Niagara Falls was named “Township Number 2” beginning in 1782. It kept this name up until 1791, when it was renamed Stamford after Stamford, England. (Today only a small area of downtown Niagara Falls bears this name.)
After the town of Clifton was incorporated in 1856, the town got its present-day name of Niagara Falls in 1881. A couple of decades later, after some towns and villages amalgamated, the city of Niagara Falls was formed.

With an inexpensive and abundant source of hydroelectric power (the falls), plenty of electro-chemical and electro-metallurgical companies have set up shop in Niagara Falls. However, Niagara Falls’ economy hasn’t always been rosy. Throughout the 1970s and 1980s, companies started to leave the area. This was mostly due to the economic recession coupled with growing competition worldwide from manufacturing. It’s at this time that the city started relying on tourism a lot more for revenue.
In terms of the number of visitors and tourism dollars spent, Niagara Falls, Ontario tends to outperform Niagara Falls, New York. This is due to a couple of factors: the Canadian side offers a better view and the Canadian dollar usually offers a better exchange rate than the U.S. dollar. For the younger crowd, the legal drinking age in Ontario is only 19, while it’s 21 in the U.S.
To help boost tourism and bring in more revenue for the government, the provincial government introduced legal gambling to Niagara Falls in the mid-1990s. Casino Niagara was the first casino built there. It attracted tourism attractions and luxury hotels to the area, with a second casino, Niagara Fallsview, opening in 2004. Despite the Seneca Niagara Casino opening on the American side of the falls, the Canadian casinos remain more popular; this is in spite of the Canadian and U.S. dollars moving to near parity in the 2000s.
Tourism and the service sector are Niagara Falls’ largest economic drivers. The largest employers in the city including Casino Niagara, the Niagara Parks Commission and Niagara Fallsview.
The city of Niagara Falls has worked hard to improve the look and feel of the city in recent years. The motel-hotel commercial strip along Ferry Street and Lundy’s Lane has been upgraded. Major hotel chains have also built new luxury locations overlooking the falls.
The Niagara Parks Commission has also been hard at work. Local golf courses have been upgraded, with Niagara Falls being promoted as a golfing destination for international golfers.
When the city of Niagara Falls removed an abandoned rail line that ran through the heart of the downtown core, it provided a much-needed boost to the revitalization efforts.
Besides the actual falls and the casinos, Marineland is a popular place for tourists. Opened in the 1960s, Marineland has an aquarium with a killer whale as well as other sea mammals to see.

In 2004 Niagara Falls introduced its own municipal sales tax. Several tourism locations started adding a three percent marketing fee to receipts. The fee helps bring an estimated $15 million per year in the city’s coffers, but it isn’t without its controversy. The Ontario government has stepped in over the years to help offer more transparency to consumers. It set regulations in place that stated that the tourism fee collected must be remitted to a non-profit agency that promotes tourism. A lot of tourists aren’t aware, but the tax is voluntary and can actually be removed upon request.
Niagara Falls has been promoting itself as an ideal place for shooting TV shows and movies in recent years. Many TV and film production companies have taken them up on their offer, with Reliving Marilyn, Fight!, Odd Squad: The Movie and Blanket Fort: Vada Gets Toxic shooting scenes there.
2012 marked a major milestone for the city. In the fall of that year, the mayor of Niagara Falls cut the ribbon on the opening of a new downtown park. Queen Street Downtown Park features children’s playgrounds and unique sculptures. Queen Street has undergone a revitalization over the last decade, with the city helping it become an arts and culture district. Since 2006, Niagara Falls has seen everything from art galleries and boutiques to bistros and cafes set up shop there.
Although not the powerhouse it once was, the manufacturing sector stills contribute its fair share to the economy. Manufacturing industries that still have factories set up in Niagara Falls include food and beverage, transportation equipment, chemicals, chemical products and fabricated metals.