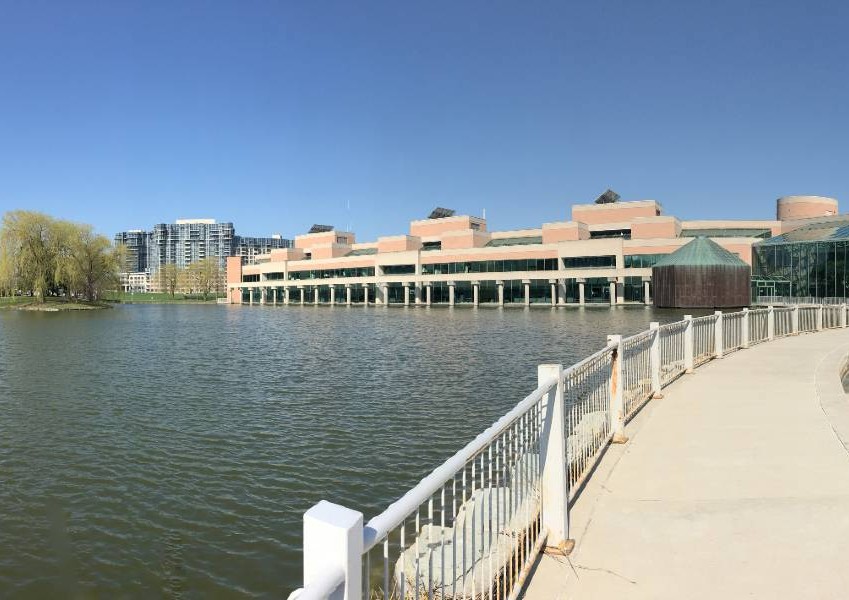 Debt Relief Solutions in Markham, ON

Residents of Markham, Ontario have reduced their payments by up to 50% by contacting Debt.ca for help.

CREDIT COUNSELLING HELP IN MARKHAM, ON

Unfortunately, the picture is not all roses for the residents of Markham as they currently have the highest unemployment rate (8.8%) in all of Canada. If you live in Markham and cannot pay your bills on time or are seeing your overall debt levels increase month after month, then credit counselling may be the answer you are looking for. A quality Markham credit counselling program can help you get out from under your debt and shore up your financial future at the same time.

WOULD A DMP WORK FOR RESIDENTS OF MARKHAM, ON?

Residents of Markham often confuse debt management plans with credit consolidation, because they have some similarities. For instance, both programs entail converting several debts into one monthly payment for ease of tracking. However, you still owe the original creditors when you enroll in a debt management plan (DMP). Conversely, you only owe one entity when you participate in a debt consolidation loan. If you’re considering a DMP in Markham, Ontario you must have a steady source of income.

While DMPs serve those with more than $10,000 of debt, homeowners may have to cash out equity instead. Likewise, individuals who have funds in their RRSP may have to use those funds to pay off the debt in lieu of enrolling in a debt management plan. Speak to a counsellor in Markham, Ontario to determine if a DMP is the right option for you.

DEBT CONSOLIDATION OPTIONS IN MARKHAM, ON

As a citizen living in Markham, Ontario it’s not uncommon to fall on hard times. If you’re experiencing difficulty keeping up with your financial obligations, debt consolidation may be your best option to get back on track. As such, consolidating your unsecured debts can make managing your payments easier. For example, multiple credit card debts and other liabilities combine into a single monthly payment. This makes it easier to prepare for and remember when just one due date is approaching every month. In addition, that single payment can be more manageable, with a lower interest rate than the existing rates on your different debts.

While there are different ways to consolidate your debt, the most common way is through procuring a loan. However, your ability to qualify for a consolidation loan depends on your current credit score. Learn more about the debt consolidation process in Markham, Ontario here.

OPTIONS FOR A CONSUMER PROPOSAL IN MARKHAM, ON

To file a consumer proposal, Markham residents must go through a Licensed Insolvency Trustee in the area. Consumer proposals allow their participants to pay back less than what they owe to their creditors. Despite how good that sounds, it comes with some drawbacks and should be a last resort, much like bankruptcy.

To qualify for a consumer proposal in Markham, Ontario individuals must not owe more than $250,000. Likewise, a married couple filing jointly cannot have more than $500,000 in debt.

Paying less than what you owe at a lower interest rate comes with some heavy consequences. For one, your credit score drops to the absolute lowest it can go. In addition, the consumer proposal will remain on your credit report up to three years after you complete the five-year program. This can make acquiring credit or buying a home or auto more difficult. Speak to a member of our team who understands the laws regarding consumer proposals in Markham today.

HOW BANKRUPTCY WORKS IN MARKHAM

Many people living in Markham can find it difficult to keep up with the cost of living. If your debts have been piling up to an unmanageable amount, declaring bankruptcy might be the solution to your money troubles. However, one must never take bankruptcy lightly, as it is only a last resort. Speaking to a Licensed Insolvency Trustee can shed some light on your options and inform your next steps in finding a fitting solution.

Remember, declaring bankruptcy gets most of your debts forgiven, however you forfeit most of your valuable assets in return. In addition, you will no longer experience wage garnishments. Conversely, you may not be able to obtain credit for seven years, and there is a limit on how much you can earn during bankruptcy. If you’re thinking about filing for bankruptcy in Markham, Ontario call us to speak with a professional who can help.

In 2021, 98 Markham residents reached out to debt.ca to finally tackle their debt problems. They were struggling with an average debt load of $21,309 but now have the help they need to get their finances, and their life, back on track.

DATA FROM 2020 IN MARKHAM, ONTARIO

Source: https://www.ic.gc.ca/
* % change from 2019
Insolvency stats are for the Greater Toronto Metro area

WHAT IS UNIQUE ABOUT MARKHAM?

Located directly north of Toronto, Markham is located within York Region and is the fourth-highest populated community within the Greater Toronto Area (GTA) with a population of nearly 343,000. The city is considered a “melting pot” of cultures, with residents spanning a wide array of ethnicities.

Markham is a unique mix of suburban neighbourhoods and skyscrapers, 19th-century homes and modern condos, and rolling hills and a city life that rivals downtown Toronto. Thanks to its close proximity to the downtown core of Toronto without the congestion, Markham is a desirable place to live in Southwestern Ontario.
Markham’s History

Markham’s modern history started back in 1791 when John Graves Simcoe, the first Lieutenant-Governor of Upper Canada, was appointed. During his term, Simcoe had a direct influence on Markham, including improving the military security, starting Yonge Street’s clearing, and the beginning of a system of free land grants that eventually led to the establishment and expansion of the Township of Markham. Simcoe also named the Township after his friend, William Markham, who served as the Archbishop of York at that time.

European settlement in Markham began in the late 1700s when German developer William Moll Berczy led a group of fellow German families to North America. They originally settled in the US, but eventually made their way north and settled in Markham. Berczy negotiated with Simcoe to purchase 64,000 acres in Markham in 1794, and the Berczy settlers planted roots in the area, with many other settlers to follow.

WHAT IS MARKHAM FAMOUS FOR?

Markham is known to be one of Canada’s most diverse cities thanks to the wide range of ethnicities among its residents and the variety of cultures that come with such diversity. In addition to Markham’s rich history and heritage, it boasts a strong local economy and award-winning community planning, making it an attractive place for people to move to.

There are plenty of different activities and attractions in Markham, lending itself to a place that offers just about everything a resident or visitor could want. Thanks to its eclectic mix of cultures, entertainment, and art attractions, Markham is a city that is as diverse as they come. Most notably are Markham’s many theatres, including Markham Little Theatre at the Markham Museum and the Markham Youth Theatre.

Markham is also well-known for its many green spaces and natural and scenic pathways that span more than 22km over the entire area. There are many bridges, woodlots, ravines, and valleys throughout the city that attract both locals and visitors alike.

Markham’s business and industry sectors started to really expand in the 1980s, as more and more businesses flocked to the area thanks to its vast land and lower taxes. The city is currently known as the “Hi-Tech Capital” of Canada with several big tech companies located here, including IBM, Apple, Motorola, Toshiba, Honeywell, and Genesis Microchip. Over one-fifth of the workforce in Markham is employed through tech companies, making this particular sector especially important to the local economy.

The influx of high-tech companies entering Markham over recent years has certainly been a major player in the city’s local economy. Markham is a dynamic leader among Southern Ontario municipalities and is widely recognized for its innovative sustainability and urban planning initiatives.

The city’s rapid increase in population has made it somewhat of a metropolis of its own, giving its residents everything needed to live, work, and play all within the confines of the city’s boundaries. And with the extension of the TTC’s Yonge Subway North line to be completed in the near future, Markham will be easily connected to Toronto’s downtown core, reaching major employment centres in the vicinity.