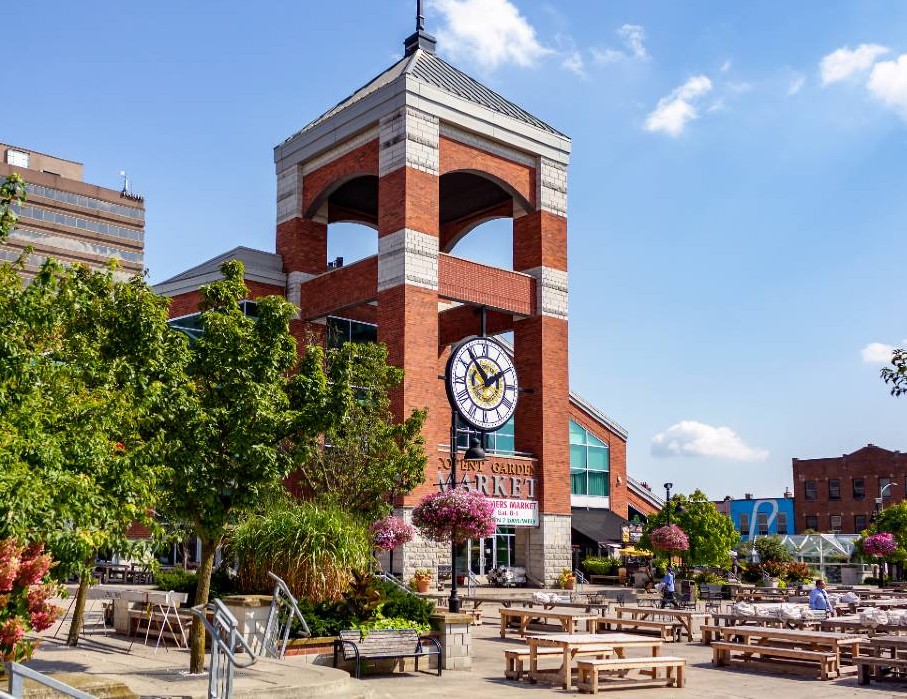 Debt Relief Solutions in London, ON

Residents of London, Ontario have reduced their payments by up to 50% by contacting Debt.ca for help.

CREDIT COUNSELLING HELP IN LONDON, ON

Unfortunately, the picture is not all roses for the residents of London as they currently have the highest unemployment rate (8.8%) in all of Canada. If you live in London and cannot pay your bills on time or are seeing your overall debt levels increase month after month, then credit counselling may be the answer you are looking for. A quality London credit counselling program can help you get out from under your debt and shore up your financial future at the same time.

WOULD A DMP WORK FOR RESIDENTS OF LONDON, ON?

Residents of London often confuse debt management plans with credit consolidation, because they have some similarities. For instance, both programs entail converting several debts into one monthly payment for ease of tracking. However, you still owe the original creditors when you enroll in a debt management plan (DMP). Conversely, you only owe one entity when you participate in a debt consolidation loan. If you’re considering a DMP in London, Ontario you must have a steady source of income.

While DMPs serve those with more than $10,000 of debt, homeowners may have to cash out equity instead. Likewise, individuals who have funds in their RRSP may have to use those funds to pay off the debt in lieu of enrolling in a debt management plan. Speak to a counsellor in London, Ontario to determine if a DMP is the right option for you.

DEBT CONSOLIDATION OPTIONS IN LONDON, ON

As a citizen living in London, Ontario it’s not uncommon to fall on hard times. If you’re experiencing difficulty keeping up with your financial obligations, debt consolidation may be your best option to get back on track. As such, consolidating your unsecured debts can make managing your payments easier. For example, multiple credit card debts and other liabilities combine into a single monthly payment. This makes it easier to prepare for and remember when just one due date is approaching every month. In addition, that single payment can be more manageable, with a lower interest rate than the existing rates on your different debts.

While there are different ways to consolidate your debt, the most common way is through procuring a loan. However, your ability to qualify for a consolidation loan depends on your current credit score. Learn more about the debt consolidation process in London, Ontario here.

OPTIONS FOR A CONSUMER PROPOSAL IN LONDON, ON

To file a consumer proposal, London residents must go through a Licensed Insolvency Trustee in the area. Consumer proposals allow their participants to pay back less than what they owe to their creditors. Despite how good that sounds, it comes with some drawbacks and should be a last resort, much like bankruptcy.

To qualify for a consumer proposal in London, Ontario individuals must not owe more than $250,000. Likewise, a married couple filing jointly cannot have more than $500,000 in debt.

Paying less than what you owe at a lower interest rate comes with some heavy consequences. For one, your credit score drops to the absolute lowest it can go. In addition, the consumer proposal will remain on your credit report up to three years after you complete the five-year program. This can make acquiring credit or buying a home or auto more difficult. Speak to a member of our team who understands the laws regarding consumer proposals in London today.

HOW BANKRUPTCY WORKS IN LONDON

Many people living in London can find it difficult to keep up with the cost of living. If your debts have been piling up to an unmanageable amount, declaring bankruptcy might be the solution to your money troubles. However, one must never take bankruptcy lightly, as it is only a last resort. Speaking to a Licensed Insolvency Trustee can shed some light on your options and inform your next steps in finding a fitting solution.

Remember, declaring bankruptcy gets most of your debts forgiven, however you forfeit most of your valuable assets in return. In addition, you will no longer experience wage garnishments. Conversely, you may not be able to obtain credit for seven years, and there is a limit on how much you can earn during bankruptcy. If you’re thinking about filing for bankruptcy in London, Ontario call us to speak with a professional who can help.

In 2021, 353 London residents reached out to debt.ca to finally tackle their debt problems. They were struggling with an average debt load of $19,480 but now have the help they need to get their finances, and their life, back on track.

London’s history dates back to the late 1700s when the first European settlement began. In 1793, Lieutenant-Governor John Graves Simcoe chose the area as the future site for the capital of Upper Canada. Simcoe named the village, but initial plans to make it a capital failed to come to fruition, and the settlement didn’t occur until 1826. London did, however, develop into a significant transportation and industrial hub throughout the mid-19th century thanks to its interlake location.

In 1961, London annexed many of its surrounding communities, adding tens of thousands of people more than doubling its size. Following this, suburban growth in London expanded and the city grew quickly, creating several subdivisions around it. Today, London is considered to be the sixth-largest city in Ontario.

WHAT IS UNIQUE ABOUT LONDON, ONTARIO?

London is located in Southwestern Ontario approximately 200km west of Toronto, at the fork of the Thames River between Lake Huron and Lake Erie with a population of just over 400,000.

The city of London is a separate municipality and has grown over the years to become the largest southwestern Ontario municipality, having amalgamated with many smaller communities surrounding it.

London is known as the “Forest City,” which was nicknamed by the British Government as a joke because of the city’s initial plans to be a prosperous city carved out of the middle of a forest of trees.

Compared to other southern Ontario cities, London’s cost of living is rather low, making it an attractive location for lower real estate prices without sacrificing culture and employment opportunities.

WHAT IS LONDON FAMOUS FOR?

London is home to the University of Western Ontario, which is ranked as one of the top research-intensive universities in Canada and among the top 1% of universities across the globe. “Western,” as it’s commonly referred to, is recognized worldwide for its academic excellence and leadership development, particularly in terms of medical research, and it is central in London’s cultural landscape.

London is also known for its many attractions and festivals, including SunFest, the Western Fair, the London Ontario Live Arts Festival, the Home County Folk Festival, the London Fringe Theatre Festival, and the London Rib Fest, which is the second-biggest BBQ rib festival in North America.

The art scene in London is also vibrant thanks to the likes of The Forest City Gallery, the Museum of Ontario Archaeology, and the Secrets of Radar Museum. London is also home to the Grand Theatre, a professional proscenium arch theatre that boasts an award-winning architectural design and hosts a variety of groups and performances.

London’s predominant economic drivers include medical research, manufacturing, insurance, and information technology, much of which is supported by the University of Western Ontario. This prestigious public university adds approximately $1.5 billion to London’s economy every year.

London is increasingly being known as a technology hub with over 300 technology companies calling the city home. While manufacturing is still a large contributor to London’s economy, technology is steadily taking over, with many tech companies moving into former industrial spaces. It is this particular sector that is changing London’s overall economic landscape.