Debt.ca > The Cost of Breaking Up

The Cost of Breaking Up

Rubina Ahmed-Haq is a Journalist and Personal Finance Expert. She regularly appears on CBC Radio, CBC News Network, CTV Your Morning and Global Toronto. She writes for Homes Publishing group,

We all know the cost of getting married is expensive. But have you stopped to think about how the cost of breaking up can be even more? Many couples don’t consider the financial consequences when they call it quits on their marriage. Without a doubt, you should never stay with someone just to save money, but understanding how much money you’ll have to pay to split will at least prepare you and your pocketbook. Here are some typical costs you should expect when you get divorced.

The biggest cost that many couples are surprised about is lawyer fees. Lawyers can charge hundreds of dollars an hour to consult on your situation.  Ask all the right questions about how much a visit will cost before you walk into their office. The cost of divorce ranges. It all depends on how amicable the split is. According to a survey done by CanadianLawyerMag.com, it can be as low as $801 with the average one costing $1,043 for an amicable split. But a contested divorce can easily run into the tens of thousands of dollars.  The same 2011 survey of 179 lawyers, found fees charged by a lawyer for a contested case can be as high as $33,881. With the average contested divorce costing $9,989 per case.

After you split up, especially if you have kids, expect your housing costs to go up by as much as two times. Even if you downsize, the cost to run a home solo can be much more. If you were a stay-at-home parent, the other half that was supporting that household now has to find another place to live, so the money will no longer be pooled in one place. So costs will go up. If you’re hoping to live the same lifestyle expect costs to go up even more. To save money you may consider moving to a more affordable area.

According to Statistics Canada, the average family of four spent $8649 on food in 2015. Splitting up does not mean this cost will be now be divided in two.  Cooking for one can be expensive as you don’t have the added bonus of buying in bulk and cooking in batches. Be careful when grocery shopping that you adjust to the fact that there are fewer people for dinner every night in order to avoid wasting food.

This may sound like a stereotype, but it’s true that a single person is more likely to go out and splurge on a night out or an expensive dinner than a couple. Data shows single people spend a disproportionate amount of money going out for dinner, after-work drinks and movies when compared to their married peers. In your newly single life, you may find yourself back on the dating scene or for the first time in years having Friday evenings to yourself because the kids are at your ex’s. Expect your entertainment cost to go up— way up. There is nothing wrong with getting out and enjoying yourself, but don’t let your single life send you into the red.

There is some good news

There are ways, as a newly divorced person, you can save money. Transportation which makes up a big part of our budget is often more expensive when you’re married. You may live in the suburbs and need two cars or live in an area that is a far commute from your job. According to data from the Canadian Automobile Association, the average annual cost to own and operate a vehicle is $10,456 a year. This figure is based on the cost of running a 2013 Toyota Camry, 18,000 km a year, with the cost of gas set to $1.23/litre, with regular maintenance and repair. By reducing your commute and taking public transit, or better walking or biking, you can reduce your transportation costs dramatically.

Money should never be the reason a couple stays together but it’s important to know how your financial situation will change when you walk out the door.

How to Become Debt Free Before Getting Married

Budgeting Basics – Get More Control Of Your Finances 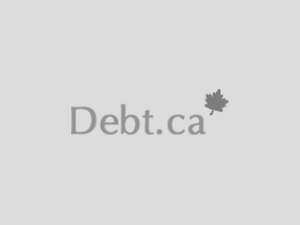 Canadians Have A Big Appetite For Debt

Get Your Personal Finances Set Up Right For The New Year