Just ahead of Father’s Day we wanted to take a moment to celebrate all things dad!

Dads aren’t only known for their good (okay eye-rolling) jokes. They’re also known for passing their hard-earned wisdom on to their kids. Whether it’s how to swing a bat, how a man should treat his significant other, or how to tie a bowtie dads have a lot of knowledge to share.

There are few areas more important to share money lessons. The Financial Consumer Agency of Canada conducted a survey about Financial Well-Being in Canada. The results were eye-opening.

They concluded that almost a quarter (23%) of a person’s financial well-being is related to financial behaviours. Not economic factors, like you might first suspect. This shows that feeling good and confident about your financial situation has more to do about what you do with the money you make than how much you make.

That’s why dad sharing money lessons with his kids is so important. The knowledge and the habits started early on will have a huge impact on a child’s financial well-being for life.

Knowing this, we thought, why don’t we celebrate Father’s Day by sharing what money lessons some of the dads on our very own team are sharing with their kids?

Lesson: “Money is a great tool for discerning what you value in life.”

A dream backpacking trip solidified this lesson for Jeff. His parents agreed to let him go on a backpacking trip with his friends, the catch, he would have to pay for it. That one caveat put him on a decision-making and goal-setting path that would guide him for the rest of his life. Would he goof off during Christmas break or work to earn money for the trip? Would he step outside his comfort zone to find work, or push through his hesitation? How much money would he need and how would he get it?

Now a father of two, it’s this same skillset of deciding what’s important, setting a goal and then going for it, that Jeff’s instilling in his kids. How is Jeff passing this money lesson on to his children? His main tool of choice, allowance.

As each of his kids began school they started earning an allowance for doing chores. They were taught about splitting the money into three buckets; spending, saving, and charity. When they wanted to buy something, like when his daughter wanted a new iPod, Jeff would help her set up her goal to save for it.

Now in university, she has full responsibility over how she spends her money. Making good use of what her Dad taught her she keeps a thorough budget and even sends it to Dad to help keep herself on track.

It’s one way that Jeff gets to take pride in how his kids have taken what he’s shared with them and then weaved it into their own lives in a way that works for them.

George learned this lesson early on in his life. This lesson went hand in hand with his realization that the circumstance in which you grow up play a big part in the way you see and deal with money. His parents separated, leaving less discretionary income to go around. While they always provided the things George needed, food, clothes and so on, when it came to the things he wanted he took that on himself. At 14 years old, he started a part-time job and has been a part of the workforce ever since.

While some people may have resented those circumstances, George saw that it gave him an advantage. He had gained a lot of appreciation from working for the things he has. There’s an innate desire to take care of the things you have when you appreciate them. It also makes you more discerning about what you buy. That’s why this is the money lesson he’s passing on to his teenage stepson. His main tool of choice, understanding.

As he shares this wisdom with his stepson, George is diligent to keep in mind that there’s only so much a parent can do. You can share what you know, but it’s up to the child to take that knowledge and use it as you do, use it in a new way, or not use it. Another example of how a money lesson can go beyond being about money to become a life lesson.

Luigi is a huge fan of starting to save early and for good reason. He has no shortage of experience to draw from that proves how important it is to save.

As a successful Credit Counsellor, he’s helped many people get out of financial trouble. A lot of these people fell on unexpected hard times and didn’t have the financial backing to get them through. They relied on credit to keep afloat and then found themselves in over their head.

Luigi also has first-hand experience knowing what it’s like to wish saving had been a higher priority. As a young adult fresh out on his own, Luigi lived paycheck to paycheck not putting much thought into how he was spending his money. While he was fortunate in that he didn’t run into major financial trouble, now that he’s older and understands finances he wishes he had paid more attention and saved more.

Now a dad of two, he’s teaching money lessons that ensure his kids understand what it means to save. His tool of choice: a good old-fashioned piggy bank.

Each of his kids has gotten into the habit of filling up their piggy bank with allowance and gift money. When the piggy banks were full Luigi would tell the kids it was time to head to the bank. They’re so used to the process now that they tell him when it’s time for a pit stop at the bank.

This process has branched out to have other benefits over and above saving. His daughter, Isabelle, is now 11 and his son Matthew is 13 and moving up to middle school next year. Now that they’re getting older they’re asking for bigger things like a phone and an electric scooter. Fortunately, the good money habits they’ve created have translated into good consumer habits.

They take care of the stuff that they’ve saved their money to buy. Making the idea of them having these big-ticket items a lot less stressful on dad. This means more of his time is spent on what Luigi says are the best parts of being a dad; seeing them happy and soaking up the simple joys of the time he has with them. 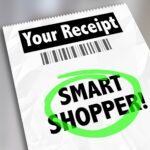