Debt.ca > Earning Money As A Teenager

Earning Money As A Teenager

A lot of people see earning money in a negative light. That’s because many of us grew up with almost nothing in the way of education about money. We modelled our parents and eventually either continued to copy their behaviour or ended up doing the exact opposite.

If you have teens, you have the perfect opportunity to teach them not just valuable financial skills, but also valuable life skills.

A lot of teens end up working during high school. This is typically some kind of retail or serving job with flexible hours and terrible pay. In theory, they’re learning responsibility and how to deal with the public in a professional way, but you know from dealing with this kind of worker that there’s a good chance they’re not learning any of that.

It will never be easier to start earning money through your own business than it will be when you’re a teen. Push a lawnmower and you have a landscaping business. Pick up a shovel and you’re in the snow removal business. Have feet? You can walk dogs for your neighbours.

Starting a business requires a different way of thinking. The owner of a now successful property maintenance company started his first “business” when he was 13. At the time, most of his friends loved video games, and he was the first one on his street with a new system (consider this seed money from his parents).

Instead of getting a paper route to make a bit of money, he signed up for a bunch of paper routes. Then he told the other kids on the street that the first one to make it back to his house after delivering some of the papers got the first hour with his video game system. Everyone eventually got to play (their ‘work’ was maybe 30 minutes running around throwing newspapers at doors), and he got paid for every route.

This is creative thinking at its best, and it’s a win-win. Some business ideas you can entertain as a teenager can include:

Some of these ideas require a long-term vision, but can pay thousands of dollars regularly as you hone your craft. For example, a blog or YouTube channel can take a long time to build up a following. And becoming an “influencer” may seem like a pipe dream, but it’s possible.

If you take the above example to heart, you can recruit other people you know to help scale your business. If you’re looking for extra cash money as a teen, There’s plenty of money online, but it’s not the only way to earn.

Benefits Of Being An Entrepreneur

Most traditional teen jobs don’t have a lot of room to move up in. Starting a business, on the other hand, has limitless potential.

In the beginning, your teen will look at their strengths and abilities, potential markets, and find an overlap that works.

They’ll then have to study and investigate ways to sell their product or service, considering margins and scalability.

Marketing is important, and they’ll learn how to get the word out, either with flyers, word of mouth, family networks, and of course the internet.

Keeping customers happy is also important, and they’ll quickly learn about standing behind their product or service, dealing with complaints, and encouraging repeat business.

In short, the lessons they learn will be much more valuable than the actual money they make. They’ll understand the concept of ownership, which will translate to any job they work for later on.

They’ll also learn about taking risks, and how to recover from mistakes and failures.

Perhaps the most important thing they’ll learn is that money can either be used to make more money or spend on things they don’t really need. Instead of buying a new Xbox, that money could go towards a second lawnmower. With that, they can hire someone else to mow lawns and almost double their income.

If your teen is thinking about getting a job, talk to them about all their options and make sure they aren’t limiting themselves to what their friends are doing.

There’s nothing wrong with getting a part time job. While starting your own business is an attainable goal, getting a job with an established company may better fit your needs. Some jobs you can consider include:

The Benefits of Work in Any Form

Earning money and holding a steady job can teach your child an array of lessons they’ll need in life. The general benefits of having a job and earning money as a teenager include:

As a parent, you can contribute to your child’s success by teaching them, guiding, and supporting them. Money can be a sensitive subject, but discussing it openly can keep them from going into debt. If you could use some help with your personal finances, call us today to discuss credit counselling. 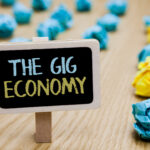 The Gig Economy – Get a Gig to Get out of Debt 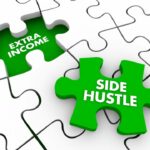 Is a Side Hustle Right for Me? 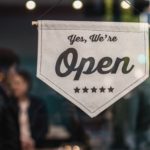 A Guide to How Small Business Loans Work

Get Your Personal Finances Set Up Right For The New Year