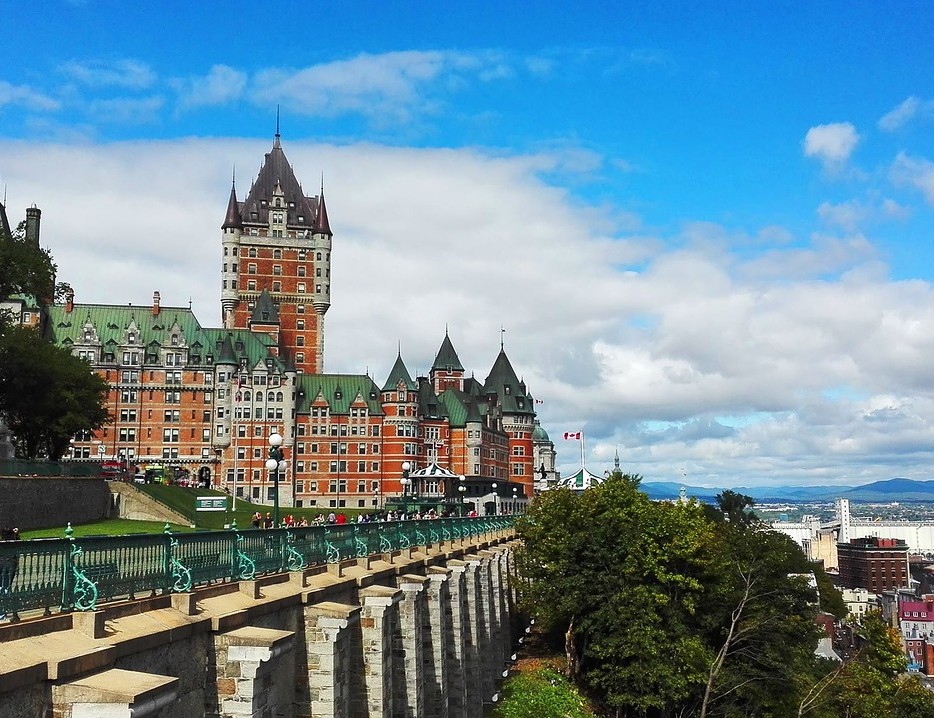 Residents of Quebec City, Quebec have reduced their payments by up to 50% by contacting Debt.ca for help.

Debt.ca has credit counselling services in Quebec City for those who need help getting back on track. If you have room for improvement with money management, now is the time to take the first step.

If you live in Quebec City and have too much debt on your credit cards, then credit counselling may be the answer you are looking for. A quality credit counselling or debt settlement program can help you get out from under your debt and shore up your financial future at the same time.

WOULD A DMP WORK FOR RESIDENTS OF QUEBEC CITY, QC?

Residents of Quebec City often confuse debt management plans with credit consolidation, because they have some similarities. For instance, both programs entail converting several debts into one monthly payment for ease of tracking. However, you still owe the original creditors when you enroll in a debt management plan (DMP). Conversely, you only owe one entity when you participate in a debt consolidation loan. If you’re considering a DMP in Quebec City, you must have a steady source of income.

While DMPs serve those with more than $10,000 of debt, homeowners may have to cash out equity instead. Likewise, individuals who have funds in their RRSP may have to use those funds to pay off the debt in lieu of enrolling in a debt management plan. Speak to a counsellor in Quebec City to determine if a DMP is the right option for you.

As a citizen living in Quebec City, it’s not uncommon to fall on hard times. If you’re experiencing difficulty keeping up with your financial obligations, debt consolidation may be your best option to get back on track. As such, consolidating your unsecured debts can make managing your payments easier. For example, multiple credit card debts and other liabilities combine into a single monthly payment. This makes it easier to prepare for and remember when just one due date is approaching every month. In addition, that single payment can be more manageable, with a lower interest rate than the existing rates on your different debts.

While there are different ways to consolidate your debt, the most common way is through procuring a loan. However, your ability to qualify for a consolidation loan depends on your current credit score. Learn more about the debt consolidation process in Quebec City here.

OPTIONS FOR A CONSUMER PROPOSAL IN QUEBEC CITY, QC

To file a consumer proposal, Quebec City residents must go through a Licensed Insolvency Trustee in the area. Consumer proposals allow their participants to pay back less than what they owe to their creditors. Despite how good that sounds, it comes with some drawbacks and should be a last resort, much like bankruptcy. To qualify for a consumer proposal in Quebec City, individuals must know to owe more than $250,000. Likewise, a married couple filing jointly cannot have more than $500,000 in debt.

Paying less than what you owe at a lower interest rate comes with some heavy consequences. For one, your credit score drops to the absolute lowest it can go. In addition, the consumer proposal will remain on your credit report up to three years after you complete the five-year program. This can make acquiring credit or buying a home or auto more difficult. Speak to a member of our team who understands the laws regarding consumer proposals in Quebec City today.

HOW BANKRUPTCY WORKS IN QUEBEC CITY

Many people living in Quebec City can find it difficult to keep up with the cost of living. If your debts have been piling up to an unmanageable amount, declaring bankruptcy might be the solution to your money troubles. However, one must never take bankruptcy lightly, as it is only a last resort. Speaking to a Licensed Insolvency Trustee can shed some light on your options and inform your next steps in finding a fitting solution.

Remember, declaring bankruptcy gets most of your debts forgiven, however you forfeit most of your valuable assets in return. In addition, you will no longer experience wage garnishments. Conversely, you may not be able to obtain credit for seven years, and there is a limit on how much you can earn during bankruptcy. If you’re thinking about filing for bankruptcy in Quebec City, call us to speak with a professional who can help.

In 2021, 197 Quebec City residents reached out to debt.ca to finally tackle their debt problems. They were struggling with an average debt load of $16,217 but now have the help they need to get their finances, and their life, back on track.

DATA FROM 2020 IN QUEBEC CITY, QUEBEC

French explorer Jacques Cartier first arrived in Quebec in 1535. However, there wasn’t a permanent base there until the arrival of Samuel Champlain in 1608. Champlain built a fort on the banks of St. Lawrence, which grew as a fortified fur-trading post. Although overtaken by British forces in 1759, Québec City remains a centre of French culture due to The Québec Act of 1774. Impending American revolutionaries caused the British to reinforce their fortifications surrounding the city, which still stand today. Declared a World Heritage Site by UNESCO, it’s the only fortified city remaining in the Americas north of Mexico. The city remained under British rule until the Dominion of Canada was formed in 1867. Québec City was named the province’s capital city.

Québec City is one of the oldest and most historically diverse European settlements in North America. Modern marvels and history exist hand in hand, with over 30 National Historic Sites of Canada scattered across this urbanized region. With a population of 531,902 (2016), the median age in the city is 43.3 compared to 41.2 for Canada as a whole. French is the official language of the province, as 94.6% of city residents are native French speakers. More than a third of city residents reported speaking both French and English. Quebec has incredible festivals and concerts all summer long! Some Festivals include the Winter Carnival, Saint-Jean Baptiste Celebration, and the Festival of New France.

What is Québec City famous for?

Québec City’s history, friendly vibe, and countless activities make it a stand‑out travel destination. Every season brings its own unique happenings and stunning spectacles. The top attractions and historical sites include:

Québec City and the surrounding region present a dynamic economy, low unemployment rate, and tremendous work atmosphere. Most jobs in Québec City are in public administration, defence, services, commerce, transport, and tourism. The high-tech industry is also a growing economic driver, thanks to the city’s industrial sector and scientific community. CHUQ (local hospital network) is the city’s largest institutional employer, with more than 10,000 employees.

Recent changes that may have changed the economic outlook

The Québec City region has remained one of the stronger urban economies throughout Canada. Québec International and its partners are stimulating economic development in the region to enhance the city’s international status. In 2002, the addition of a cruise-ship terminal further bolsters Québec City as a significant location within this industry. The ageing labour force combined with a decline in public desirability is starting to have a negative effect on the labour market. Sectors of excellence such as insurance and financial services, optics, food processing, and electronics, and green initiatives are in high demand.